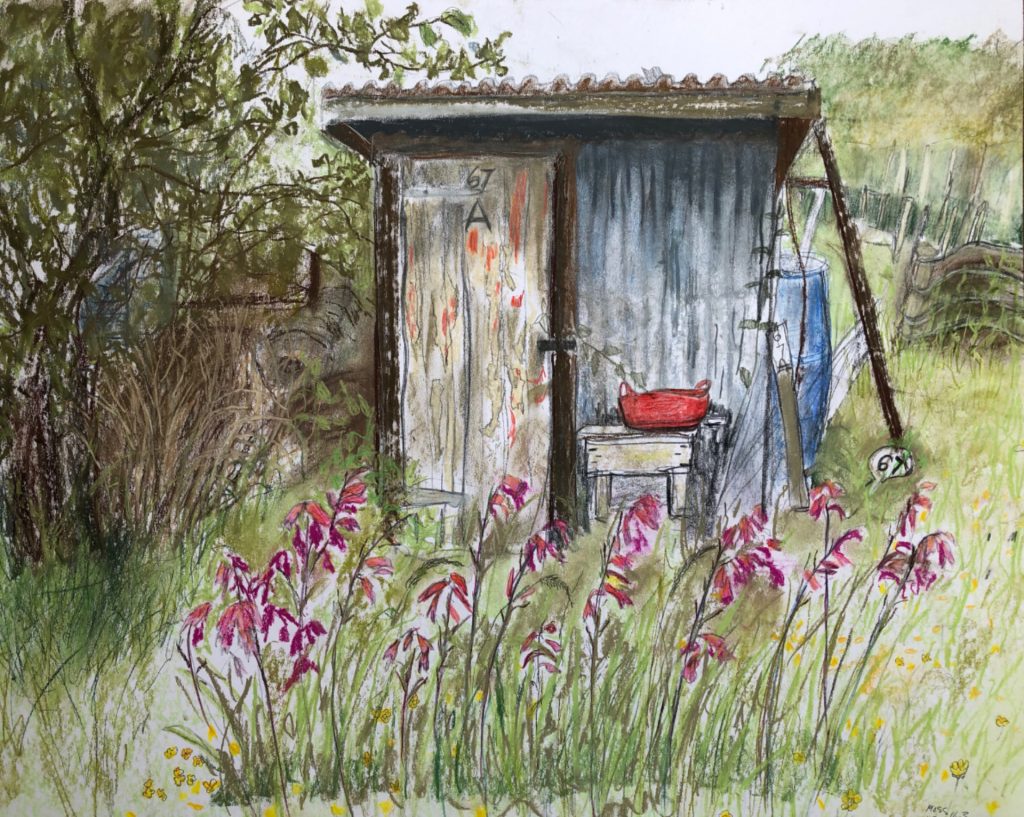 The exhibition we should have had in April was postponed because of COVID and lockdown but we still plan to put it on, depending on restrictions – watch this space.

More information can be found here.

Chipping Norton’s wonderful literary festival is now in its ninth year. The Chip Lit Fest is happening April 23 to April 26th during the exhibition, with The Theatre centre stage as a venue. The Chip Lit Fest website can be found here.

Every Tuesday morning at 8:00, starting in early 2019, Chipping Norton artists Crabby Taylor and Judith Yarrow have been meeting at Glyme Lane (behind the leisure centre and school in Chipping Norton) to record and find inspiration from drawing and painting directly from what they found there. Crabby Taylor makes Raku and smoke-fired ceramics and Judith Yarrow is a mixed-media landscape artist. Their work includes the William Fowler Allotments, the Millennium Memorial Wood, beehives and the footpath up to Glyme Farm. Next to join the project were Jill Colchester with her dynamic figure drawings of allotment holders and beekeepers and poet Mo Browne who has written a poem for the project. Since then other artists have joined them including allotment holder Carol Harvey, Ruth Shaw-Williams with her book of sheds and stained-glass artist Anna Gillespie.

The work spans a whole year of changing seasons and weather and has been an evolving project.

Glyme Lane will be affected by nearby house-building plans and there is the real possibility of a relief road cutting through this area. The artists feel it’s important to acknowledge what this area, with its ancient track, longstanding allotments, organic farmland and refuge for nature, means to people in Chipping Norton and to record it at this moment in time. The exhibition will include recordings by Lucy Parker and sound engineer and producer Nick Parker, of allotment holders talking about what having an allotment here means to them. Following on from this exhibition the artists will be taking part in Oxfordshire Artweeks at different local venues, often in their studios. See www.artweeks.org for details of venues.